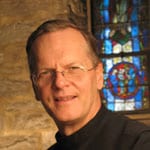 In 1973 an adventurous explorer named Peter Matthiessen set out on a journey by foot to the Crystal Mountain on the Tibetan Plateau of northwest Nepal.i The trip was to accompany George Schaller, a zoologist who had planned the expedition to study the Himalayan blue sheep called “bharal.” The Bud­dhist lamas had forbidden people to molest these sheep.  And so, where the sheep were numerous, there was bound to appear that rarest and most beautiful of the great cats, the snow leopard.  In the previous 25 years, only two westerners – George Schaller, this zoologist, being one of them – had laid eyes on the Himalayan snow leopard.  For Peter Matthiessen, the hope of glimpsing this near-mythic feline beast in the mountains of Nepal was reason enough for the arduous journey lasting a number of months.

I first read of Peter Matthiessen’s search for the elusive snow leopard many years ago.  For Matthiessen, the journey ended up being a spiritual odyssey of a man in search of himself, which is why I have remembered it.  I and many people, perhaps some of you, are now on a spiritual quest in search of meaning, transcendent meaning, in search of the holy, in search of the real presence of God in a culture and world where many of the “spiritual signs” we trusted and depended on are shaky or eroding.

One scene from this journey in Nepal many decades ago particularly captured my attention.  Near the end of the journey the two explorers finally realized that they would not see the elusive snow leopard after all, but only the foot prints… which seemed somehow symbolic.  They said to themselves, “Maybe we’ve seen enough?  Maybe it’s better that we don’t see the snow leopard and are spared the desolation of success.”ii I find that phrase, “desolation of success,” so evocative.  It’s the very thing we often pray at the end of the day at Compline with the words, “shield the joyous,” i.e., the desolation of success.iii The explorers’ insight is confirmed shortly thereafter as they trek upwards to the Crystal Monastery, which is a true “gompa,” a dwelling inhabited by a solitary monk.  The structure is small and of bare stone, carved against a cliff so that nothing could be seen from within except for the snow peaks rising into the sky.

The Lama of the Crystal Monastery was an old monk with twisted arthritic legs, making any movement an arduous and painful occasion.  Curiously to Matthiessen, this solitary Lama of the Crystal Mountain appeared to be very happy.  Matthiessen writes, “…And yet I wonder how he feels in the silence about his [solitary monastery], which he has not left in eight years now and, because of his legs, may never leave again.”  He asks the Lama whether it is so, whether he could be happy in this place and in his condition.  “The Lama, this holy man of great directness and simplicity, big white teeth shining, laughs out loud in an infectious way.  Indica­ting his twisted legs without a trace of self-pity or bitterness, as if they belong to [everyone], he casts his arms wide to the sky and to the snow mountains, the high sun and dancing sheep, and cries, ‘Of course I am happy here!  It’s wonderful!  Especially when I have no choice!’”iv It’s that scene, lodged in my memory, which is so rife with meaning: the lama’s saying, ‘Of course I am happy here!  It’s wonder­ful!  Especially when I have no choice!’  The Buddhist Lama here is talking about a spiritual quality which we may know so very little about, a spiritual quality almost as elusive as the snow leopard.  I’m speaking here about contentment.  Contentment, from the Latin contentus, which is to be “satisfied” or “contained.”  Contentment.

There is an old monastic principle about freedom, inner freedom.  Freedom is known in the context of limitation, which is quite counter-cultural.  We live in a culture where we are identified as “consumers,” in a market economy that is constantly alluring us with dissatisfac­tion, where what is next or what is new is presumed better than what is now.  More is more and never enough.  We hear the adages, “Keep your options open,” and “Keep your commitments few.”  The notion that what is, is enough is quite radical, and yet there is a buried treasure to be found in the grace of contentment.

By speaking of contentment, I’m not talking about passivity.  Quite to the contrary.  I’m talking about actively engaging life now.  Live today.  To be content is to not be seduced into thinking we must always stretch our soul ever broader, ever thinner, to take in ever-new experiences, taste new pleasures, hear new things, master new skills, buy new gadgets to be complete.  Rather it’s to grow our soul downward, deeper into the ground of our being.  Contentment is an active living into the depths life now, today, given all the givens.  (Content­ment is not about being a victim; it’s certainly not about staying put in a context or relationship that is diminishing or abusive or numbing, where our energies clearly must be directed toward change.)  Contentment is more about being than about doing, or acquiring, or mastering, or craving, or searching.  Contentment is about being satisfied given the limitations of our present life, what is not changeable.  The psalmist prays, “Out of the depths, O Lord, have I cried to you; Lord, hear my prayer.”v And in another place, “Be still and know that I am God.”vi In stillness, in letting be, be enough, in saying “yes” to the life we’ve been given now, the grace of contentment is to be discovered and savored.  The poet e. e. cummings writes:

i thank You God for most this amazing
day: for the leaping greenly spirits of trees
and a blue true dream of sky; and for everything
which is natural which is infinite which is yes…vii

Life is inevitably full of movement, and we know that Jesus was often on the go.  He says more than once to his followers, “Come, follow me.”viii He sends his followers out: “Go into all the world.”ix He talks about laboring and sowing and harvesting.x And yet Jesus also talks about being.  Simply being is what can be so elusive and so lost.  “Abide with me,” we hear Jesus saying.”xi “Stay with me,” he says.xii It’s this sense that the incompleteness of life, as we experience it now, is enough.  What we need is here.  The treasure for which we search is likely buried under our own porch.  And so as we heard in this evening’s Gospel lesson, Jesus’ saying, “Do not worry about tomorrow, for tomorrow will bring worries of its own.  Today’s trouble – and, I would add, today’s provision – is sufficient for today.”xiii Live into what is already at hand.  And so we hear Jesus commending us to learn the secrets from the flowers of the field, “Consider the lilies…” he says.xiv “Look at the birds of the air.”xv The great Christian mystic of the fourteenth century, Julian of Norwich, found the truth of all being meditating on the mystery and majesty of an hazelnut.xviSt. Francis of Assisi found creation teeming with God’s presence:

We gather here this evening to celebrate the Holy Eucharist, the Greek word “eucharist” meaning “great thanksgiving.”  It’s not that we normally live very ordinary, secular, horizontal lives and then have these special occasions, such as this evening, as a “spiritual moment,” a fleeting transcendent experience, then to return to our ordinariness.  Rather, we celebrate the Holy Eucharist as a kind of living reminder, a template of how to live our lives all the time: “living eucharistically,” living our lives with a posture of gratitude for all that is.

The real presence of Christ is really present in the ordinary present.  To stay in touch with God’s presence requires practice.  We don’t need a special cushion on which to sit, nor a special lamp to light, nor a special incense to burn, nor a special prayer or mantra to recite,  nor even a special monastery to visit.  None of that is bad; it may well help.  It is simply not enough.  What is enough is now.  Start with what is now: with your breath, with what you can see and hear and feel now.  Pay attention to now, which is a gift, and be thankful.

The psalmist says, “Taste and see that the Lord is good.”xviii Take time each day to gaze.  Sit on your porch.  Take time to savor what is now in your life, today.  Pray and practice today the living and enjoying of your life in every way you can, especially given what you cannot change.  Enjoy life, which is to let joy sink in deeply: to en-joy.  So little of life is within our own control and it is all very fleeting.  Don’t miss a moment of it.  Presume the invitation to tran­scendence is immanent.  This is the grace of contentment, living in the “sacrament of the present moment.”  I’m not speaking about tomorrow.  Tomorrow is only a possibility.  What we have now is the gift of today, which is a splendid gift indeed.  Say yes to your life.  Savor the moments of your life. Be thankful everywhere and in every way you possibly can for the hugely challenging, utterly amazing gift of life.

iii The Compline prayer: “Keep watch, dear Lord, with those who work, or watch, or weep this night, and give your angels charge over those who sleep. Tend the sick, Lord Christ; give rest to the weary, bless the dying, soothe the suffering, pity the afflicted, shield the joyous; and all for your love’s sake.  Amen.  – Book of Common Prayer, p. 134.

vii “i thank You God for most this amazing,” by e. e. cummings

i thank You God for most this amazing
day: for the leaping greenly spirits of trees
and a blue true dream of sky; and for everything
which is natural which is infinite which is yes
(i who have died am alive again today,
and this is the sun’s birthday; this is the birth
day of life and love and wings: and of the gay
great happening illimitably earth)
how should tasting touching hearing seeing
breathing any-lifted from the no
of all nothing-human merely being
doubt unimaginably You?
(now the ears of my ears awake and
now the eyes of my eyes are opened)

If this sermon has been meaningful to you, would you please consider making a donation to support the brothers’ life and ministries?