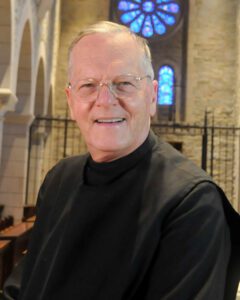 O God, by the leading of a star you manifested your only Son to the peoples of the earth: Lead us, who know you now by faith, to your presence, where we may see your glory face to face; through Jesus Christ our Lord, who lives and reigns with you and the Holy Spirit, one God, now and for ever.  Amen.

These wise men who had come from the East, who are they? The New Testament Greek name for them is “magi,” which means magicians, fortune tellers, wizards. [i]  The Greek name magi also includes astrologers, and so it’s no wonder that they reportedly saw a certain star rising, knew its significance, and followed it.[ii]

The wise men came from “the East,” but whether that is near East, or middle East, or far East is only a guess. St. John Chrysostom, fourth-century archbishop of Constantinople, believed the three magi came from Yemen because, in those days, the Kings of Yemen were Jews. A very early Armenian tradition neither saw them as Jews nor as starting out together but rather meeting up along the way, each of them a king from a foreign realm, each of them following this star: one named Balthazar, a king from Arabia; another was Melchior, a king from Persia; and a third, Gaspar, a king from India. I am speaking of three magi, but we are actually not told how many wizards came to Bethlehem. Three is just a guess: three kings because of the three gifts so no one comes empty handed. The gifts were of gold, the most precious mineral on the earth[iii]; frankincense, a symbol of prayer, as the psalmist says, “let my prayer like incense be”[iv]; and myrrh, the fragrance of heaven, used in the anointing for healing and also in the anointing of the dead (ultimately Jesus’ own body).[v]

Jesus begins life as the promised Messiah to his own people, the Jews. Jesus ends his life telling his followers to “Go into all the world and make disciples of all nations.”[vii] When did Jesus’ own identity and mission enlarge to include so many, many people outside his own tradition – the tax collectors, the prostitutes, the lepers, the unclean, the Samaritans, Syrophoenicians, Canaanites and so many others? When and how did Jesus’ world enlarge? We don’t know. We are not told. I speculate something very significant happened to Mary and Joseph in their encounter with the wizards from foreign lands. Mary and Joseph would raise Jesus differently. They had experienced a power to comprehend what is “the breadth and length and height and depth of the love of God, to be filled with the fullness of God” in the visitation of these wise men.[viii]

Were these kings changed because of their encounter with Jesus? We are not told, but I presume so. Is it that they become followers of Jesus? There was nothing yet to follow. These magi were wise, probably old men. So they returned to their homeland, never having heard a word from Jesus – other than the cooing of an infant – and they probably died long before Jesus began his public ministry.  But I’m sure they were forever changed in their encounter with Jesus. Was Jesus the Savior for the wise men?  Surely yes. Jesus would eventually say, “I have other sheep that do not belong to this fold.”[ix]  I think the wise men were the first example of this epiphany, this manifestation of God’s saving grace.

What’s not to love about the wise men? Beyond being picturesque and rather exotic in the Christmas crèche, they give us a prodding inspiration about God’s ongoing revelation oftentimes coming to us in very new ways, far beyond all that we could ask for or imagine.[x]

As it was in the beginning, is now, and will be forever.  Amen.

Lectionary Year and Proper: 2022 A

Solemnity or Major Feast Day: The Epiphany of Our Lord Jesus Christ

[i] The New Testament Greek name for these seekers is actually “magoi,” or as we say, “magi.”

[ix] I am appealing here to “prevenient grace.”  See John 10:16: “I have other sheep that do not belong to this fold. I must bring them also, and they will listen to my voice. So there will be one flock, one shepherd.”  See also 1 John 2:1-2: “My little children, I am writing these things to you so that you may not sin. But if anyone does sin, we have an advocate with the Father, Jesus Christ the righteous; and he is the atoning sacrifice for our sins, and not for ours only but also for the sins of the whole world.”

[x] Ephesians 3:20-21: “Now to him who by the power at work within us is able to accomplish abundantly far more than all we can ask or imagine, to him be glory in the church and in Christ Jesus to all generations, forever and ever.”