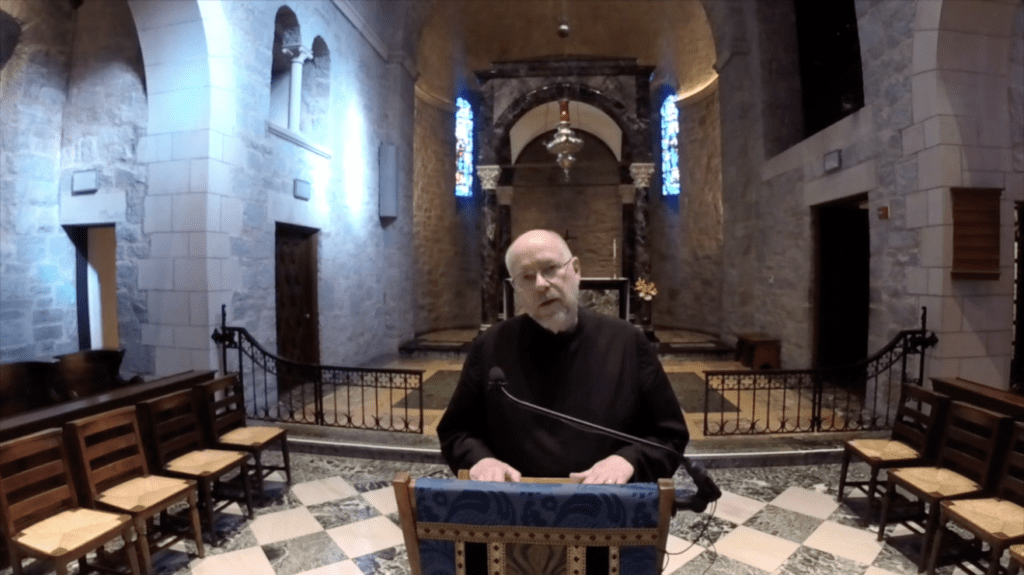 We have partnered with TryTank – the experimental laboratory for church growth and innovation – to produce a new preaching resource aimed particularly at smaller congregations (those with an average Sunday attendance of 29 or fewer). That said, any congregation can use it. We have also paired it with an adult forum curriculum. From Christ the King Sunday to Christmas Day, we have six sermons each about 12 minutes long. They are based on the Sunday lectionary. The video sermons will be available on the web and can be played as a sermon during the service.

More information and to watch the video: https://www.trytank.org/vpmdec19.html

In the last several months it has been hard to make sense of what is going on in the world. One has only to read the newspapers to be overwhelmed and confused. The news about COVID, Afghanistan, the environmental crisis, not to mention what is going on in this country, never mind what is happening in each of our lives, is hard to make sense of. It is all so confusing.

In the face of such overwhelming loss, grief, and confusion, words are often feeble at best, and sentimental at worst. What on earth is there to say that doesn’t seem silly, feeble, or sentimental?

Life for two cousins nearly two thousand years ago was not any different than it is for us. Like us, they lived in the face of loss and grief, and probably not a little fear. They didn’t know how to make sense of it all. They knew the stories of random killings, and senseless violence. They had probably seen some of it themselves. They knew about military occupation, disease, lost hope, and tragic death. Like us, they had somehow to make sense of it all. And it was no easier for them. Like us, words for them were often feeble at best, and sentimental at worst. What on earth is there to say?

In just a few days, we will be celebrating Christmas. In some homes reeling from death, loss, and violence, what on earth is there to say? Words are often feeble at best, and sentimental at worst. How on earth can we sing in the face of such overwhelming loss and grief. END_OF_DOCUMENT_TOKEN_TO_BE_REPLACED

In deepening darkness, we wait for consolation, for peace, for God. “Show the light of your countenance and we shall be saved.” (Psalm 80:3)

In those days, in those dark days, Mary set out and went quickly to visit Elizabeth. A normal visit turned extraordinary. By divine power and blessing,now both Mary, a young virgin, and Elizabeth, a barren elder, are pregnant.

Dark days since they also bear the burden of public shame.The scandal since Mary claims pregnancy through the dream of an angel. Who did she think she was?The long years of ridicule for Elizabeth who had never born a child. Rumors swirling about why she was now. END_OF_DOCUMENT_TOKEN_TO_BE_REPLACED